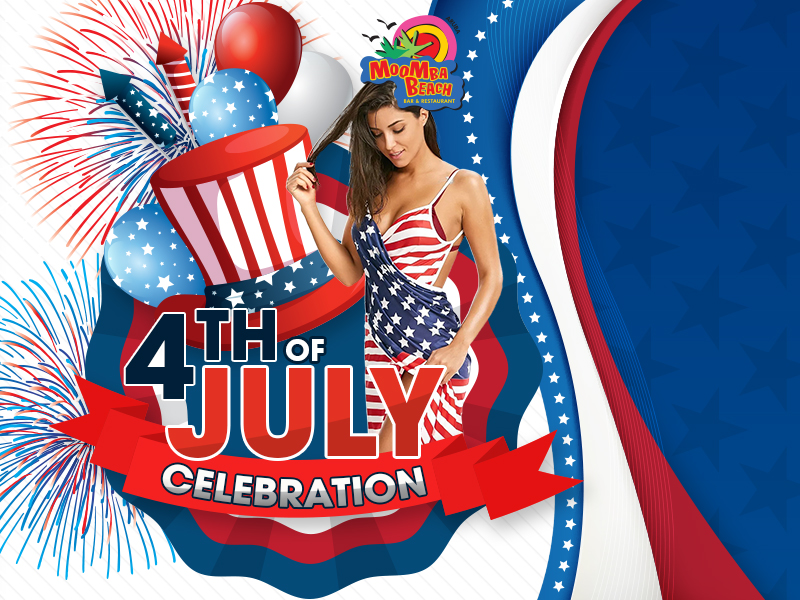 ‘Come celebrate with us’, is the motto for the upcoming Independence Day celebrations at MooMba Beach on Sunday July 4th. The special of the day is the Stars & Stripes layered shot, the Firecracker Fizz cocktail and a special on Jefferson Bourbon. After a few such yummy drinks, you will have an extra special view of the fireworks. There will be music as well: the live band The Untouchables will take the stage from 7pm until 10 pm. And remember: MooMba’s Happy Hour is from 6 to 7 pm.

Of course, we do not need to remind you of the importance of Independence Day, a National Day in the US. On July 4th, the adoption of the Declaration of Independence is commemorated; it took place in 1776. The Continental Congress declared that the 13 American colonies could regard themselves as a new nation, no longer part of the British Empire.

So come and celebrate this special day at MooMba Beach, located between the Marriott’s Surf Club and the Holiday Inn Resort. Wear your best Independence outfit, however strange, put on your weird hat and have fun. This is Independence Day in Aruba!

The strongest men of Aruba will compete again!

Next post
The strongest men of Aruba will compete again!

The Best Loyalty Program in Aruba!