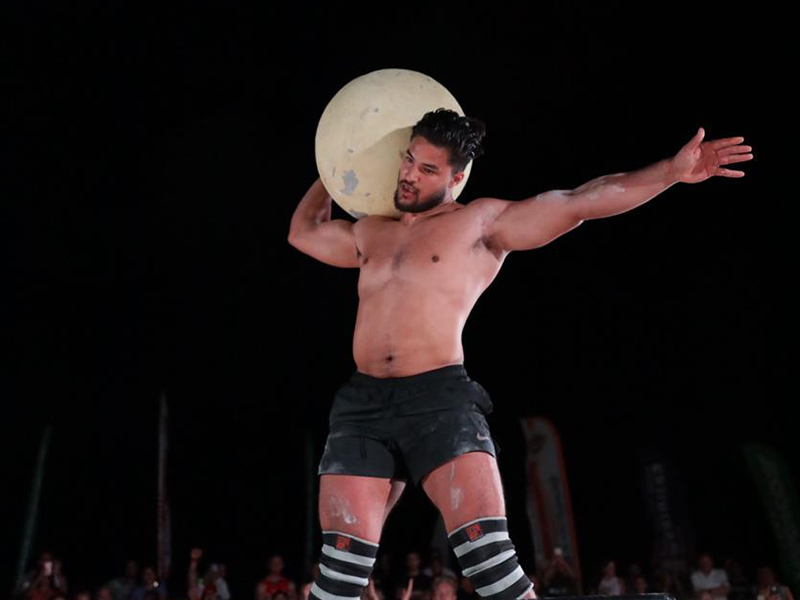 Ryan Schuitema is the Strongest Man of Aruba!

The fourth edition of the Strongest Man of Aruba competition at MooMba Beach was a huge success. It started Friday October 4th ending with the finals last Sunday October 6th. Three evenings of showcasing sheer willpower, incredible strength, trembling muscles, bulging biceps and other well-trained body parts. Elements like Barrel Throw, Truck Pull, Stone Run, Yoke Carry and Tire Flip where challenged by 8 contenders, the once who made the cut on Saturday.

The overall winner of the competition is Aruban born Ryan Schuitema. First runner up is Jerrel Geerman and second runner up is his brother, who won last year’s edition, Jeremy Geerman. In the women category, there was one person who stood out incredibly: Jennifer. The reigning champion triumphed over her competition with an impressive showcase of strength.
The party continued as MooMba bar as DJ Edje and DJ Diablo hit the stage and set in the party.

The Strongest Man of Aruba competition was made possible by Nagico, the Dutch Marine Cops and Chill, as well as Cas di Max, Fireball, High Performers and Aruba Wine and Dine. The organization has already confirmed that there will be a fifth edition in 2020.

Next post
Job Fair by Aruba Wine and Dine & DPL

Café the Plaza is celebrating its birthday with you!

Café the Plaza will...

Restaurant Week Aruba is coming up!